This may be hard to believe, but it’s officially been 12 years since the show Suite Life of Zack and Cody ended. That’s right, the iconic show aired its final episode on September 1, 2008, and it’s seriously shocking how fast time has flown by! It feels like just yesterday viewers were watching Dylan and Cole Sprouse, Ashley Tisdale, Brenda Song and Phill Lewis on their TV screens, and there’s not a day that goes by that fans don’t miss it, TBH.

Fans may not know this, but there were actually a ton of celebrity guest stars throughout the three seasons that the show aired. Yep, stars like Selena Gomez, Zac Efron, Victoria Justice, Miley Cyrus, Daniella Monet, Vanessa Hudgens, Joey King and more made appearances on the show long before they were famous! Wow, who knew?

They’re not the only ones… Scroll through our gallery to uncover all the stars you totally forgot guest starred in Suite Life of Zack and Cody and Suite Life on Deck.

Before landing her role in Wizards of Waverly Place, Selena guest starred on Suite Life as Gwen. Her character was dating Cody, but was forced to kiss Zack after landing a spot in the school play with him. 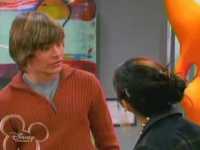 Zac acted in one episode of Suite Life as Trevor, a super-genius who ended up kissing Maddie! Ashley later opened up about their onscreen smooch, and she admitted that it was totally awkward.

“I had to kiss Zac on The Suite Life of Zack and Cody, and it’s the worst because I’m so close to him and he’s like my brother. At the time, he was used to acting on Warner Bros, which is The CW, and we were on Disney Channel, and he tried kissing me with his tongue, and I was like, ‘Get away from me!’ I closed my mouth so fast,” she revealed. “I was like, ‘This is Disney Channel! We don’t kiss like that on Disney Channel!’ It’s just weird when you’re so close to somebody. We had already done [High School Musical], I had known him for years before. That is why it was the worst. We are just too close.”

Fans were living when Jaden appeared in an episode of Suite Life as Travis, the captain’s son!

Nathan, who fans know from iCarly, played a boy named Jamie in one episode of Suite Life! Wow, who knew?!

Fans may have forgotten about the time that The Cheetah Girls guest starred as themselves in an episode of Suite Life! Yeah, it was pretty epic.

Raini played a sassy girl named Betsy, who actually slapped one of the Sprouse twins when she appeared in the Disney show!

She might be best known for her roles on the Nickelodeon shows Zoey 101 and Victorious, but Victoria first played a beauty pageant contest who gave her first kiss to Cody. And get this — Victoria’s onscreen kiss with Cole was actually her first one ever!

Everyone was pretty shocked when Miley appeared in Suite Life. For those who forgot, she was in a cross-over episode between the series and her own show, Hannah Montana.

Just like Miley, Raven played her Disney Channel character Raven Baxter in a cross-over episode between Suite Life and That’s So Raven.

Way before she landed her role in The Fosters, Cierra played one of the campers Maddie counseled.

If fans look closely, they may notice the Victorious star in episode of Suite Life! She played a snotty cheerleader named Dana.

Moises appeared as a boy named Randall in one episode of the show. Wow, he was seriously so tiny!

Joey was only 6 years old when she made a guest appearance on Suite Life. She played Emily, a little girl who tormented Zack and Cody when they volunteered in a daycare.

Vanessa was actually in four episodes of Suite Life and played Maddie’s best friend Corrie — which is totally fitting figuring the girls are BFFs in real life.

Everyone was pretty excited when Jesse appeared in an episode of Suite Life! The singer played himself, and fans were living for it.

Chris also guest starred as himself on an episode of the show, and it was seriously epic!

This may be hard to believe, but long before she was cast in Scream Queens, Skyler played a girl named Brianna in Suite Life!

Kay guest starred as Amber, a girl that Zack had a crush on.

Who remembers when Zoey played Maya Bennett in the show? She was in seven episodes in total, and her character dated Zack.

Getting Real Selena Gomez Reflects on Her Past Relationships With 'Rare' Album: 'That Part of Me Is...

Getting Real Jenna Ortega Addresses Rumors Selena Gomez Is Headed Back to the Big Screen in 'Scream...